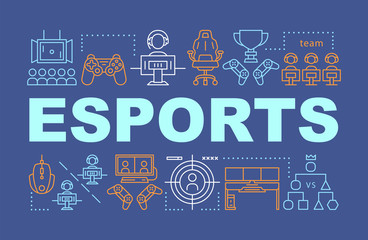 What to Know Before Getting Involved in Esports

As more sporting events across the country get canceled, attention has turned towards esports. Athletes, with more downtime, are streaming on Twitch and competing in esports tournaments. Nascar has adapted its racing events to virtual racing, known as iRacing, hitting massive viewership on FOX. This past Sunday, ESPN2 broadcasted twelve hours of esports content, including Rocket League, Apex Legends and Madden. ESPN2 will also broadcast the remainder of the LCS Spring Playoffs.

While live sporting events are canceled, esports competitions have transitioned to online play. This makes esports one of the few competitions of any kind remaining during the pandemic. More esports events have been broadcast on linear television than ever before. Now more than ever, brands and event organizers are looking to esports as one of the few ways to capture attention during this unprecedented time.

The demand for esports has never been higher, and new records are being broken every week. Twitch recently hit a new peak of 4 million concurrent viewers and Steam announced a new record of 22 million gamers logging in to play. In a recent article by the New York Times, esports and streaming were called “The Most Virus-Proof Job in the World.” However, despite its meteoric rise, the esports landscape has many moving parts, and it is difficult for brands to know how to enter esports. Here are a few guidelines to follow when considering your entrance to esports.

Authenticity is frequently mentioned as one of the most important factors in esports sponsorships. The esports industry and its culture are quickly on the rise, and its fans are acutely aware of when they’re being pandered to. When a new brand enters the space, it can be perceived as tone deaf or out of touch if handled improperly. However, this doesn’t mean new brands can’t find unique ways to activate in esports.

Endemic brands, such as computer hardware companies and energy drinks, are no longer the only brands allowed in esports. Even financial service companies can enter esports, if done properly. As Brian Lancey, VP and global head of sponsorships at MasterCard put it, “We’re a financial institution … we’re not a Nike, we’re not a Red Bull — we’re not a really cool brand.” MasterCard has been a mainstay of competitive League of Legends for several years now, despite not being a “cool brand.” The key is to bring value to the community, and engage in a way that matters to your audience. Click here to read more about some of our favorite esports activations handled by non endemic brands.

As with all marketing campaigns, it’s important to keep in mind the target audience for your message. Not all esports fans are the same or play the same games, just as not all fans of soccer also watch basketball or golf. The most notable difference between esports fans of titles is in their ages. The average age of a competitor at last year’s Fortnite World Cup was sixteen. Compare that to the LCS, which is the third most popular sports league among American Millennials, which recently announced a Bud Light sponsorship. The FTC requires that the audience of digital media must be at least 71.6% of legal drinking age to have an alcohol sponsorship, indicating that the LCS audience is much older than that of Fotnite’s.

Genre preferences are also important to consider. Those that are fans of League of Legends are not inherently interested in other popular esports titles such as CSGO. The games are drastically different for players, and therefore have different appeals for each individual. Many that play sports games such as NBA 2k have never touched Overwatch, and vice versa. Understanding that not all esports fans are the same is key.

A frequent conversation we have with our brand clients revolves around tolerance of violence in video games. Many of the leading esports titles feature firearm usage. Games such as CSGO, Call of Duty and Rainbow Six feature realistic violence and depictions of warfare, which some brands are not comfortable with.

The majority of our clients fall into one of three categories:

The goal of your marketing campaign directly affects which channels will be most effective for your brand. A campaign to raise awareness for a new product or event has different KPIs than a campaign to drive purchases. While high impressions can be driven by a combination of social media and content integration on YouTube and Twitch, that would not be an efficient way to drive clicks to a new product page, or to increase social media following. By starting at the end, you can reverse engineer the goal of your esports campaign.

Esports is having a moment as more sporting events are on hold and brands look for ways to reach their audience. As with any marketing campaign, having a clear message and goal is key. While esports is a new and emerging space, the hallmark of a strong marketing campaign doesn’t change. To succeed in esports sponsorship requires adapting your brand’s message to a new space while maintaining your values.

Do you want to learn more about how to bring your brand to esports? Sign up for our esports newsletter or reach out!