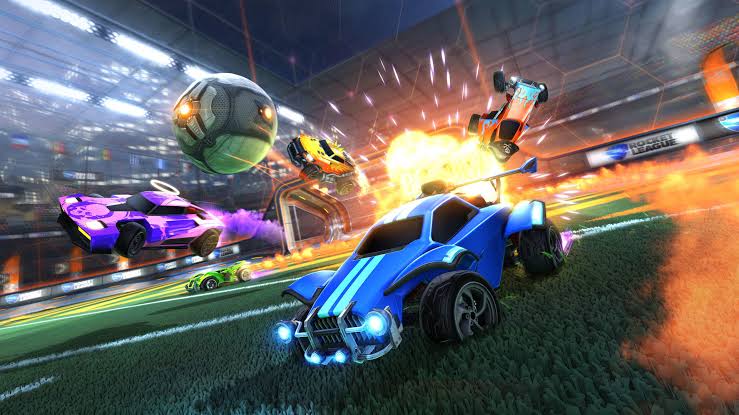 Why 2020 will be the Year of Rocket League

Rocket League, developed by San Diego based Psyonix Studios, was first released in 2015. Described as “soccer but with race cars,” the game has steadily gained steam as both a casual title and as an esport. Psyonix created competitions at the collegiate level as well as a professional circuit, the RLCS. The most recent finals, held in Madrid in December 2019, peaked at 280k viewers, with 2.5 million hours watched over the weekend of competition.

Epic Games, creators of Fortnite, acquired Rocket League and Psyonix in May of 2019. With this acquisition, Psyonix now has access to the deeply talented team at Epic Games, including its monetization and esports departments. The game has since changed parts of its commerce platform, and the company is currently hiring for new esports positions.

Esports is currently undergoing a massive transition as it breaks into the mainstream. Fortnite, which arguably created the mainstream breakthrough, takes a different approach to esports over the traditional, franchised league approach by games such as League of Legends and Overwatch. Fortnite promotes itself through a “mixed” approach. Along with more esports focused events such as the Fortnite World Cup, the popularity of Fortnite lends itself to events such as pro-ams, pairing Fornite stars with celebrities such as athletes, musicians and actors.

The widespread popularity of Fortnite lends itself to this strategy. If you haven’t personally played Fortnite, chances are good you know someone who has. Famous Fornite streamer Ninja is a celebrity in his own right, with his own Adidas shoe and television appearances on Jimmy Fallon and Ellen. The game is also played by musicians and athletes alike, such as Drake and Travis Scott or the Milwaukee Brewers.

Enough people play and understand Fortnite that not all of its content needs to be for a more hardcore fan. Fortnite is a mainstream source of entertainment, as opposed to a more obscure game for diehard fans such as League of Legends. By combining hyper competitive events with more entertaining, celebrity focused programming, Epic aims to appeal to esports fans, casual gamers and people who don’t play Fortnite all at the same time.

Much like a new technology product, esports is in the process of transitioning beyond its early adopters to a more mainstream audience. Author Geoffrey Moore refers to this as “crossing the chasm”, as explained in his book of the same name.

This strategy of appealing to both the mainstream, new fans (early majority) and endemic, current fans (early adopters and innovators) underlies the Fortnite model. The acquisition of Rocket League doubles down on this approach. The game is much easier to understand (soccer) than any other esport title on the market. Someone who’s never seen the game before can quickly understand what is going on, and even appreciate big plays. Just as someone who doesn’t watch football can appreciate an interception or can marvel at a three pointer in basketball, casual observers can be awed by a last minute block of the goal in Rocket League.

Along with being the easiest esport to understand, Rocket League is also the most sponsor and brand friendly. Whereas games like Overwatch and Fortnite use firearms and are rated T for Teens, Rocket League is the only major esport rated E for Everyone. Some titles such as Call of Duty and Counter Strike go even further and are rated M for Mature and feature firearms, blood and gore. Some brands want to completely avoid any association with such violent titles, and this also extends to the education space. Rocket League is one of only a few titles played in the majority of high school and collegiate esports programs, with schools wanting to avoid similar controversies.

As the audience of esports grows, there will be more demand for titles accessible to larger portions of the market. However, accessibility doesn’t inherently mean more people playing the title. In fact, 63% of the Asian esports audience of Vainglory, a popular mobile title, don’t even play the game. A game can be accessible simply by being easy to understand, or by avoiding the violent stigma some associate with video games. As an esport, Rocket League is the rare combination of being brand safe while also being far easier to comprehend. Out of all of the major esports titles on the market today, Rocket League is the most poised to cross the chasm.