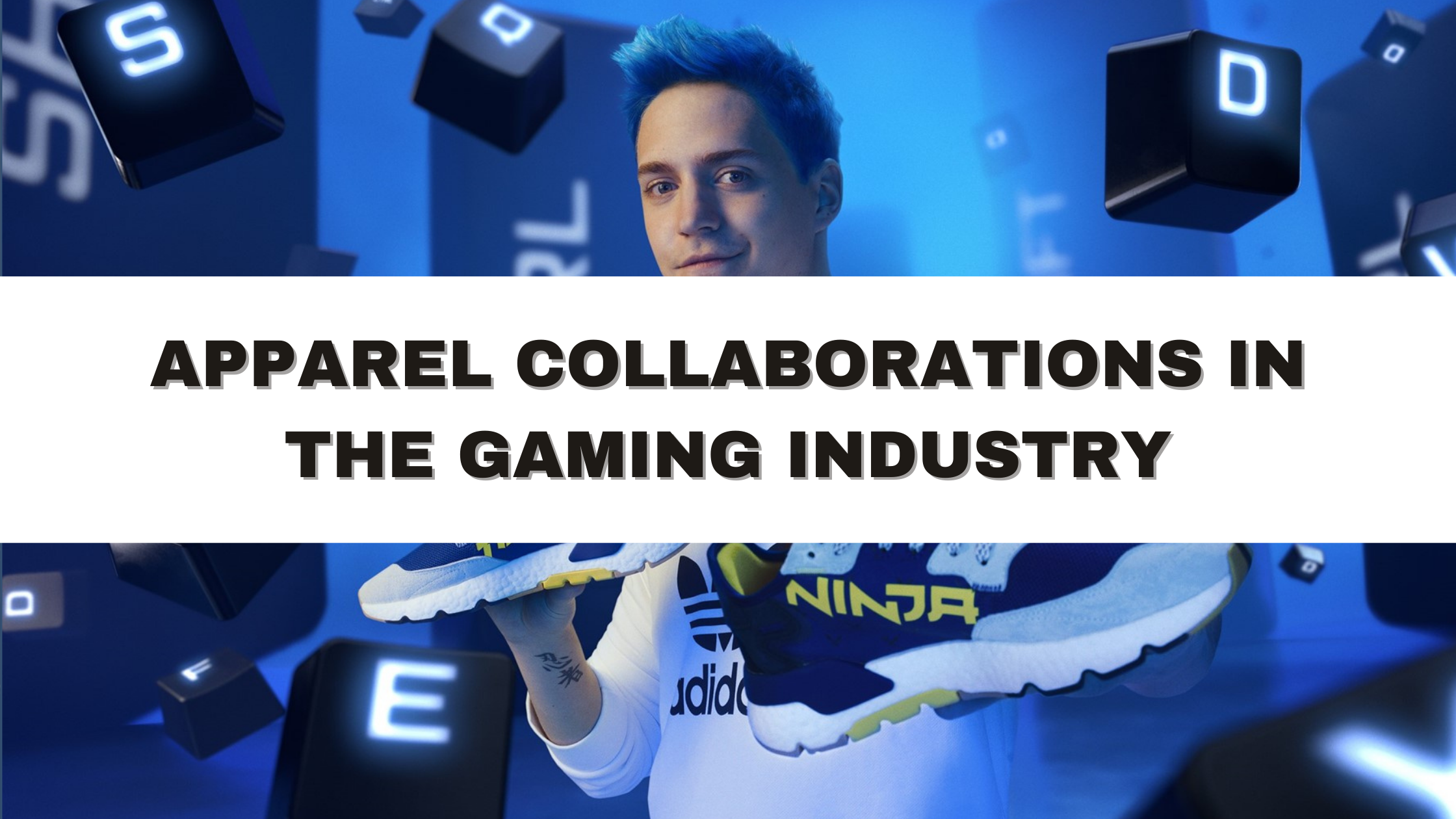 Apparel Collaborations in the Gaming Industry

As esports continues to become a larger part of modern-day culture, brands are quickly establishing a presence in the space to connect with younger consumers and capitalize off of the sport’s passionate audiences. One industry embracing gaming culture head-on is clothing and apparel, which has already seen numerous collaborations within esports, including partnerships with both creators and professional gaming organizations.

Here are some of the most notable and innovative collaborations from across the industry:

Professional gamer and streamer Tyler “Ninja” Blevins announced a multi-year partnership with Adidas in 2019. The agreement included collaborations on products in “either the physical or the virtual world.” The first product to be released as part of the partnership was the Ninja Nite Jogger sneaker, which featured the phrase ‘Time In’ on the side of the shoe and Ninja detailing and branding throughout the product. The deal was the first partnership with a professional gamer for Adidas. 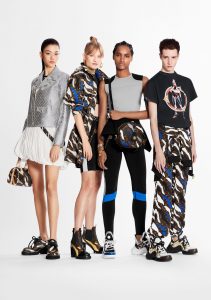 In 2020, Louis Vuitton teamed up with League of Legends to produce one of the most unique (and expensive) gaming/clothing collaborations we have ever seen. Branded LVxLOL, it includes an eye-popping $5,600 leather jacket and $6,020 athletic outfit. In total, the collection comprises over 40 items, the cheapest being a $170 bandeau.

These two companies have worked together in the past, with Louis Vuitton-designed skins available for purchase in the League of Legends player store (don’t worry these only go for around $10).

With big-time luxury brands entering the esports fashion space, we are sure to see some more fascinating crossovers in the coming years. 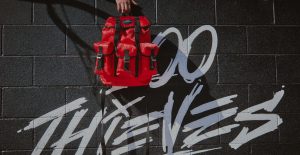 Los Angeles-based gaming organization 100 Thieves launched a clothing collaboration with luxury fashion company Gucci that “draws on the shared values of freedom and self-expression.” The first item launched out of this collaboration was the “Off the Grid” luxury backpack, which features a red color scheme and the 100 Thieves and Gucci logos plastered across the back. Only 200 pieces were made available for purchase by consumers. The bag carries a retail price of $2,400.

Team Spirit, a Moscow-based Dota 2 and Counter-Strike esports team, has joined forces with Nike to create a clothing line called “Spirited.” Offerings will include “activewear, shirts, and a custom pair of Nike kicks.”

The recent announcement comes off a wave of Team Spirit success, with the group’s Dota team qualifying for the $40 million The International tournament and the CS: GO squad claiming an $80,000 dollar prize at Pinnacle Cup 2.

The collaboration was spearheaded by Armani Exchange, a sub-brand launched in 1991 with the goal of making Armani clothing accessible to a wider audience.

This partnership continues to emphasize the narrative of esports entering into mainstream pop culture. Champion is tapping into the passionate fan base of OpTic Gaming with creative and exciting clothing options.

This partnership marked the first experience FILA has had in the esports industry. In particular, FILA looked to connect with a diverse fan base through large esports events such as the Fortnite World Cup.

In November of 2020, retailer H&M Netherlands became the official partner of the edivisie, which is a FIFA competition coordinated by Dreamhack Sports Games and Eredivisie. In this partnership, H&M was incorporated into the production of edivisie gameplay and interview segments. The brand will also be integrated into content segments that demonstrate ways to improve in the game. Dreamhack Sports Games, which is one of the partners of the deal, helps in the operations of esports games that reflect traditional sports played. 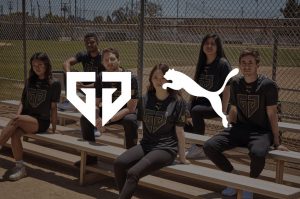 Gaming organization Gen.G and Puma first teamed up in June 2020 to create the team’s PUBG and League of Legends jerseys in South Korea. The partnership was recently expanded as Puma was named the official global jersey and apparel provider of all Gen.G’s professional teams and creators.

Puma is also a partner of the Gen.G Foundation, which focuses on supporting women, minorities, and low-income students who are interested in a career in esports, gaming, entrepreneurship, journalism, and content creation.