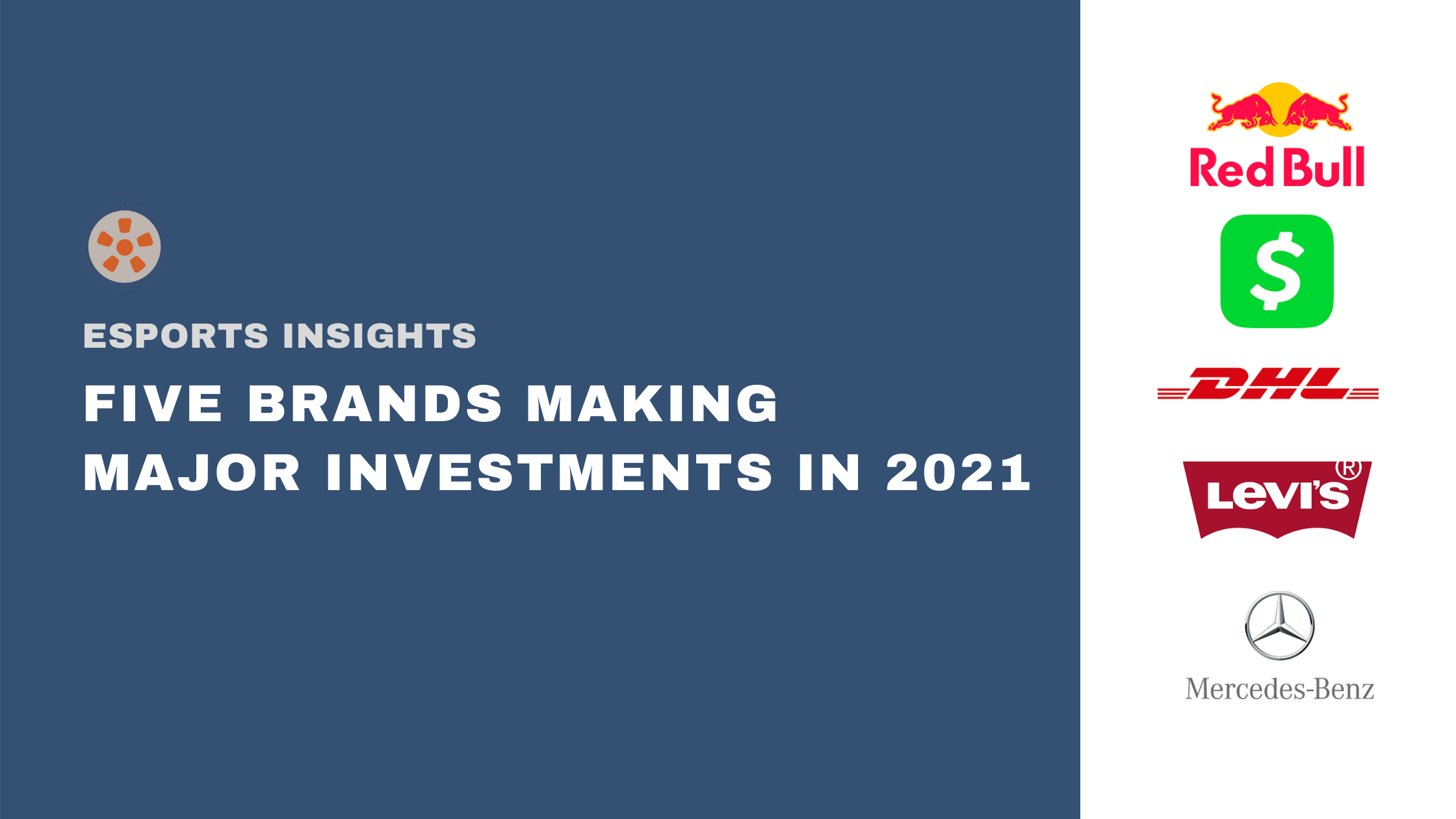 With the popularity of esports growing across the globe, brands are not sitting idly by on the sidelines. While some mainstays have been around the scene for years, others are using 2021 as a springboard for diving into the industry. The promise of a captive, youthful, and massive audience is even enough to make a 148-year-old blue jean company roll the dice on competitive gaming. However they arrived here, these five brands have already found innovative ways to make a splash within esports over the first few months of the new year.

Cash App, the money transferring service, has recently announced a partnership with self-described “premium lifestyle brand and gaming organization” 100 Thieves. The two have joined forces to launch the “100 Thieves Cash Card”, which will cost $5, with a dollar from each purchase going to the charity organization Gamers Outreach. The card will also come with ‘exclusive boost incentives’ that have yet to be announced. At the time of this writing, the new cash card is entirely sold out and won’t become available again until later this summer.

Cash App has worked with 100 Thieves since 2019 and is the title sponsor of the Cash App Compound, a 15,000 square foot esports team facility in downtown Los Angeles.

A mainstay on the esports branding lineup, the drink that grants wings has continued to make its presence known within gaming. The company currently hosts over a dozen annual events around the world, sponsors a variety of teams and individual athletes, and has a dedicated full-time esports content production team.

Commenting on the partnership, Red Bull Racing Honda’s Chief Marketing Officer, Oliver Hughes, said: “We are incredibly proud of the growth and success of our Esports Team, which is, in turn, enabling us to partner with other market leaders in this space.”

The longrunning (founded in 1873) American blue jeans company made its first serious foray into the esports space this year by announcing a partnership with NRG Esports, a competitive gaming organization. The deal grants Levi’s a physical presence inside NRG’s headquarters, Hot Pockets Castle, where visitors will be able to personalize their apparel. On the digital side, Levi’s will be incorporated within the upcoming “A Day in the Life of an NRG Influencer” social content series along with the NRG Twitch and YouTube channels.

Levi’s VP/Marketing Stacy Doren stated that esports “have become such an important part of today’s youth culture, and with NRG being one of the biggest players in that space, they were an ideal partner to help bring Levi’s into the world of gaming.”

Unlike Levi’s, the famous German car company has been invested in the esports space for quite some time now. Mercedes-Benz joined forces with ESL in 2017, a partnership still going to this day. The brand also signed an agreement with the Chinese League of Legends organization Royal Never Give Up and fielded a team in the F1 Esports Series.

This year, The Polish branch of Mercedes-Benz became the title sponsor of esports and gaming venue “ESPOT Powered By Mercedes-Benz” in Warsaw, Poland.

In a newly announced multi-year partnership, DHL will continue to serve as the official logistics partner for ESL events. The company is in charge of moving equipment, such as monitors and gaming chairs, and will be coordinating on the ESL Pro Tour, ESL Mobile, and all Dota 2 events.

“With this partnership, we are very successfully addressing a young target group that can hardly be reached through traditional marketing channels,” said Arjan Sissing, Head of Brand Marketing at Deutsche Post DHL Group. “As digital natives, esports fans naturally have a strong affinity for e-commerce, and for us as a logistics operator, e-commerce is a mainstay of our business.”

DHL first partnered with ESL in 2018 and previously used some creative marketing tactics to blend the brand within Dota 2.