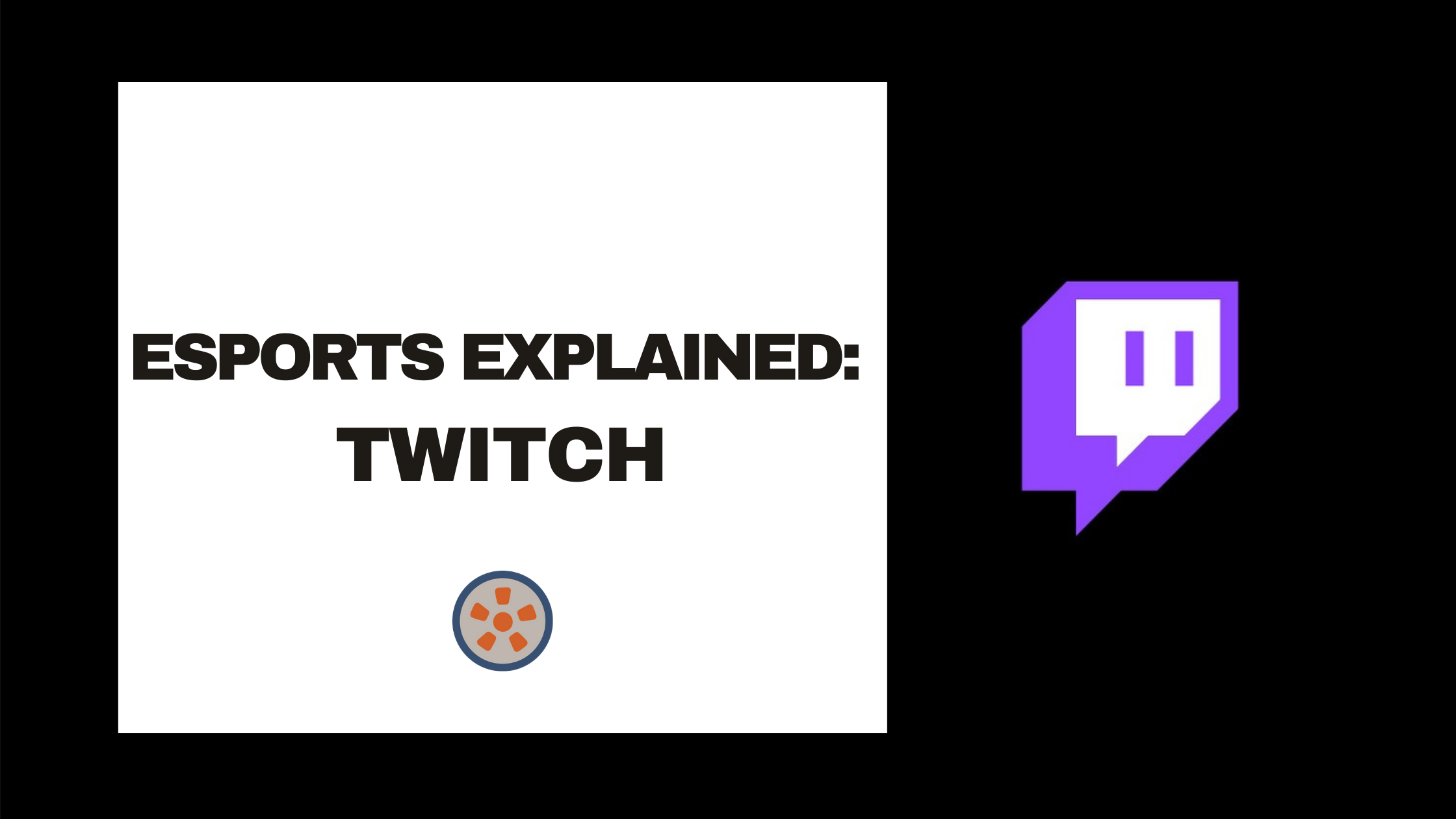 In this series by KemperLesnik, we will be exploring and defining popular esports terms and games. This article covers Twitch, a popular live streaming service for gamers.

In the world of esports, content distribution is just as important as the content itself. Without distribution, creators would spend their time making content just to have it seen by no one. That’s where a platform like Twitch comes in to play.

Launched in 2011, Twitch is a live streaming service designed primarily for gamers. Twitch users can watch other people playing video games or live stream their own gameplay to an audience made up of other users. Twitch users can also follow and DM (Direct Message) each other, and each stream has its own unique chatroom where users can connect and discuss what’s happening on the stream.

Many different games are streamed on the Twitch platform. The most-watched games on the platform include Grand Theft Auto, League of Legends, Fortnite, Call of Duty, Minecraft, Counter-Strike, and Dota 2. It has also been used to host interviews and conversations, and to play non-traditional video games such as chess.

In 2014, Amazon acquired the streaming service for $970 million. At the time, it was the biggest acquisition in Amazon’s history. As part of the agreement, Amazon created a service called Twitch Prime, which was eventually rebranded to Prime Gaming. Prime Gaming is included with all Amazon Prime subscriptions and provides users with free games, free Twitch channel subscriptions, and exclusive in-game loot.

Similar to YouTube, Twitch makes money from advertisements that are integrated into live streams; it also makes money from paid subscriptions to popular channels. Twitch streamers have the potential to earn money through these subscriptions and through brand partnerships. Currently, the most popular streamer on Twitch is Ludwig Ahgren, who has more than 225,000 active subscribers. Another popular streamer, Tyler “Ninja” Blevins, allegedly made more than $75,000 per month on Twitch when his channel was at its peak.

Twitch can be watched on the official website and through the Twitch app on most mobile devices. Users also have the ability to stream Twitch on any major gaming platform. To stream on Twitch, creators can get started with nothing more than a webcam and a microphone. 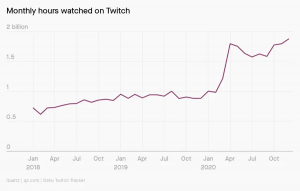 As of this year, Twitch has more than 9.7 million unique creators on the platform. During peak hours, Twitch accounts for nearly 2% of all internet traffic and more than 40% of all video streaming. In March alone, users watched more than 2.1 billion hours of content on Twitch. The platform has more than 140 monthly active users (MAUs) and continues to grow at a strong pace.