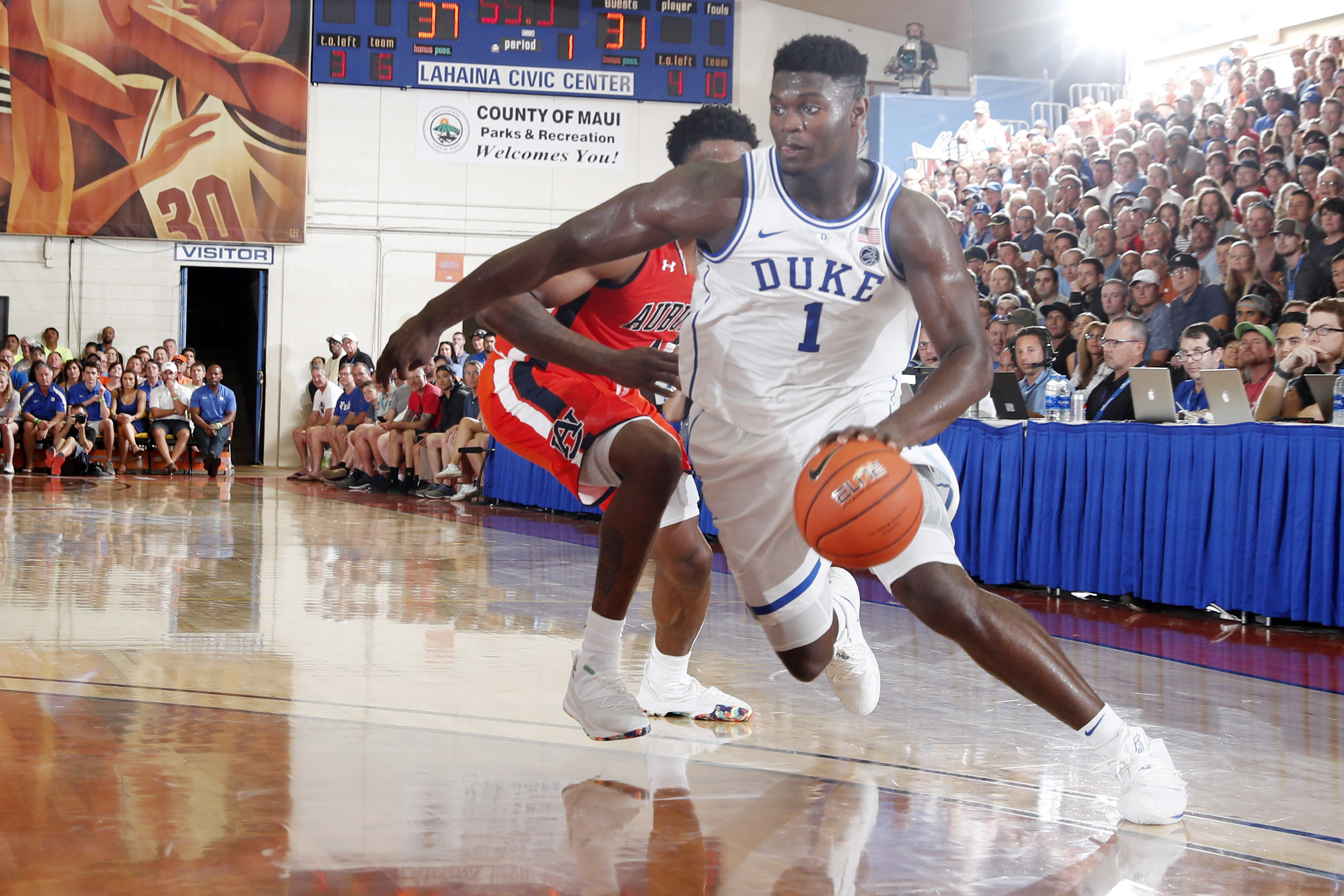 The world has never seen anyone quite like Zion Williamson. He’ll tell you that himself. And it’s been difficult to look away.

Over the course of this season, Duke ticket prices skyrocketed (at one point approaching Super Bowl prices), television ratings soared, social media followers flocked, and even the most casual fan followed along to catch a glimpse of the young superstar.

But what makes Zion, Zion? Some will say it’s his pure physical dominance. Others will claim that it really is all in the name. Ultimately, Zion is the perfect storm, all bottled into one incredible athlete.

Standing at 6’7” and weighing in at 285, Zion is hard to miss. And with a 40-inch vertical, he’s even more difficult to stop. To put this into perspective, Zion weighs more than every single current NBA player (aside from Boban Marjanovic who measures in at 7’3”), and has a vertical leap just half an inch shorter than fellow Duke grad Grayson Allen.

His dunks have brought down backboards, and his feet have shredded Nikes. But the uniqueness of Zion’s undeniable athleticism given his monstrous stature only catches your eye – it takes a lot more to keep your attention.

While noted for his physical prowess, there have been countless stories about Zion’s humility and sincere demeanor. He’ll often defer to walk-on Mike Buckmire during locker room interviews to get his teammate more involved; he refused to do any more dunks for the team’s DukeBluePlanet social channel because he felt he was overshadowing his teammates.

Fans across the world have fallen in love with his infectious smile and easygoing personality; it doesn’t hurt to know that he also writes some lovely poetry.

People may hate the Blue Devils, but nobody really hates Zion.

Zion entered high school in 2014, meaning Twitter and Instagram were well out of their infancies, and the short-form-video-hosting service Vine was in its heyday. These platforms were key to Zion’s come-up, as he first landed on the public’s radar via his viral dunk videos.

Social media has been a constant in Zion’s life. He’s good at it, and it comes naturally to him because he’s never known any other way. His worldwide internet presence is a fact of his life – at just 18 years old, he already had 1 million followers on Instagram. On the flipside, no other phenom has been so accessible to anyone and everyone. So while the basketball world knew about high school LeBron, the entire world knew about Zion from the very beginning.

Today, Zion’s social engagement emulates exactly what we believe him to be – hype-man for his teammates, lover of all things basketball, and owner of a great big smile.

It’s no surprise that some of the world’s top companies are already more than willing to invest big money in Zion. Rumors have swirled about which shoe brand will ultimately land the titan, EA Sports is reportedly considering him for the front cover of NBA Live 20, and he and teammate RJ Barrett recently starred in a commercial for the upcoming movie Hobbs and Shaw.

When it comes to sponsorships, big brands are looking for much more than fame and notoriety. In this age of political, social, racial, and religious divisiveness, the unilateral likability of Zion is a rare find. As he takes his talents to the NBA, companies need to be ready to pay, because the perfect storm only comes around so often.