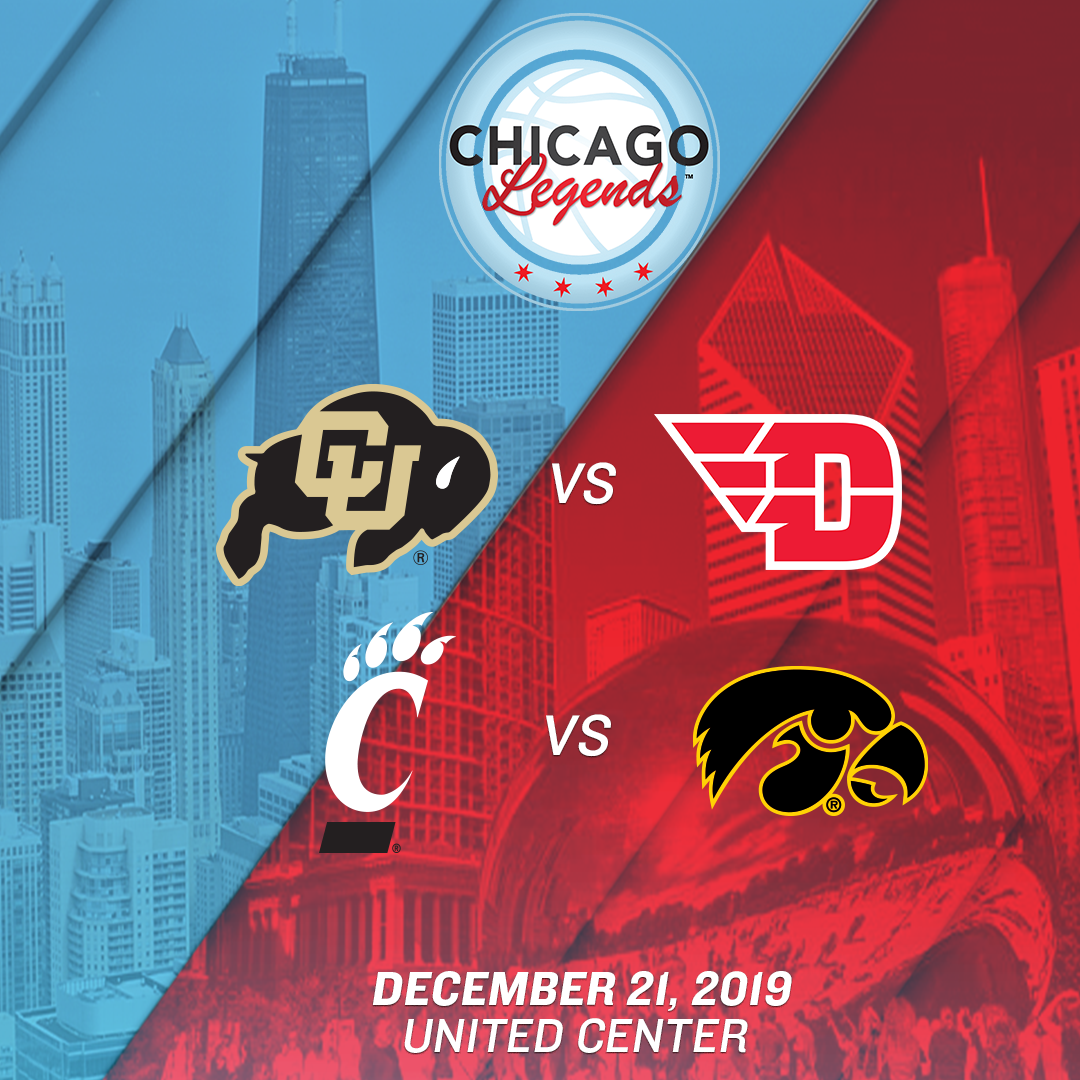 KemperLesnik will host the 2019 Chicago Legends presented by Roman on December 21 to honor the history of college basketball in Chicago. The tournament serves as an annual event in the Chicago sports calendar featuring some of the nation’s top college basketball programs. The doubleheader will feature Dayton vs. Colorado followed by Cincinnati vs. Iowa at the United Center. All four teams have advanced to the NCAA Tournament at least twice in the past four seasons, and have a combined 91 NCAA Tournament appearances between them. The 2019 NCAA Tournament and National Invitation Tournament gave fans a preview of what’s to come in Chicago, with tenth-ranked Iowa upsetting seventh-ranked Cincinnati 79-72 and Colorado defeating Dayton 78-73 in each event, respectively.

Chicago Legends will be televised by CBS Sports and The Big Ten Network on December 21 with the following tip-off coverage: