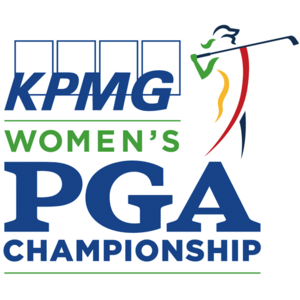 THESE LADIES CAN PLAY! AND CONNECT.

The PGA of America brings the KPMG Women’s PGA Championship to Chicago for two-straight-years to serve as a platform for great golf performances and empowering women through role models of success. KemperLesnik was asked to provide the marketing communications foundation for building messages to connect broader sports audiences with future of women in business and sports.

The KPMG Women’s PGA Championship brings together the best players from around the world with star power and a high-level of play. PGA of America wanted to shine a brighter light on the event and also build a high profile for its title sponsor, KPMG. Growing awareness and increasing ticket sales were essential goals for the marketing of the event.

KemperLesnik built an integrated communications campaign to use traditional, online and social media in concert with key marquee partnerships with the City of Chicago and local sports teams. Combined, the strategy captured the attention of even the more casual golf fan. The team tied into the movie in Grant Park series by sponsoring the showing of Caddy Shack and created a deep shoot-the-puck activation with the Chicago Blackhawks, showcasing LPGA player Allison Lee, who played hockey before going pro on the links. The pre-promotion was highlighted by Phil Michelson and Stacy Lewis jumping the METRA train line to Olympia Fields, the site of the 2017 championship. The train-ride to the first tee demonstrated the ease for fans to get to the championship and was a huge success with media riding along with the popular golf stars – leading to a skills competition with other LPGA pros once they arrived at the course. 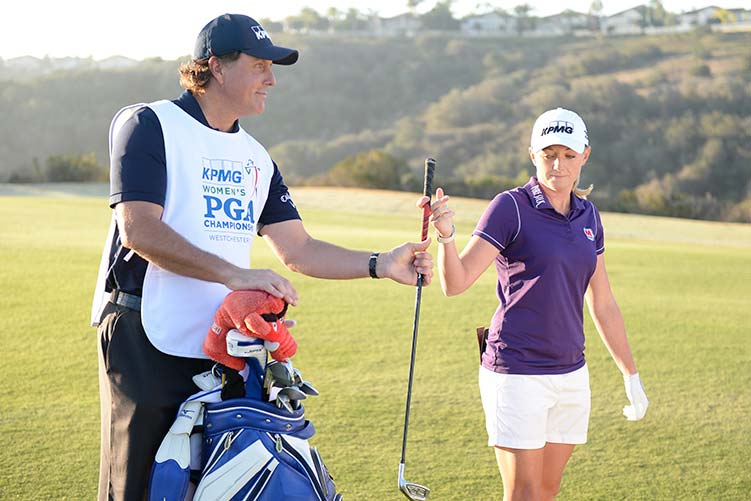 Phil Michelson joined other LPGA stars such as Stacy Lewis, Lydia Ko and Brooke Henderson in a skills competition to kick-off the ticket sales of the 2017 KPMG Women’s PGA Championship.