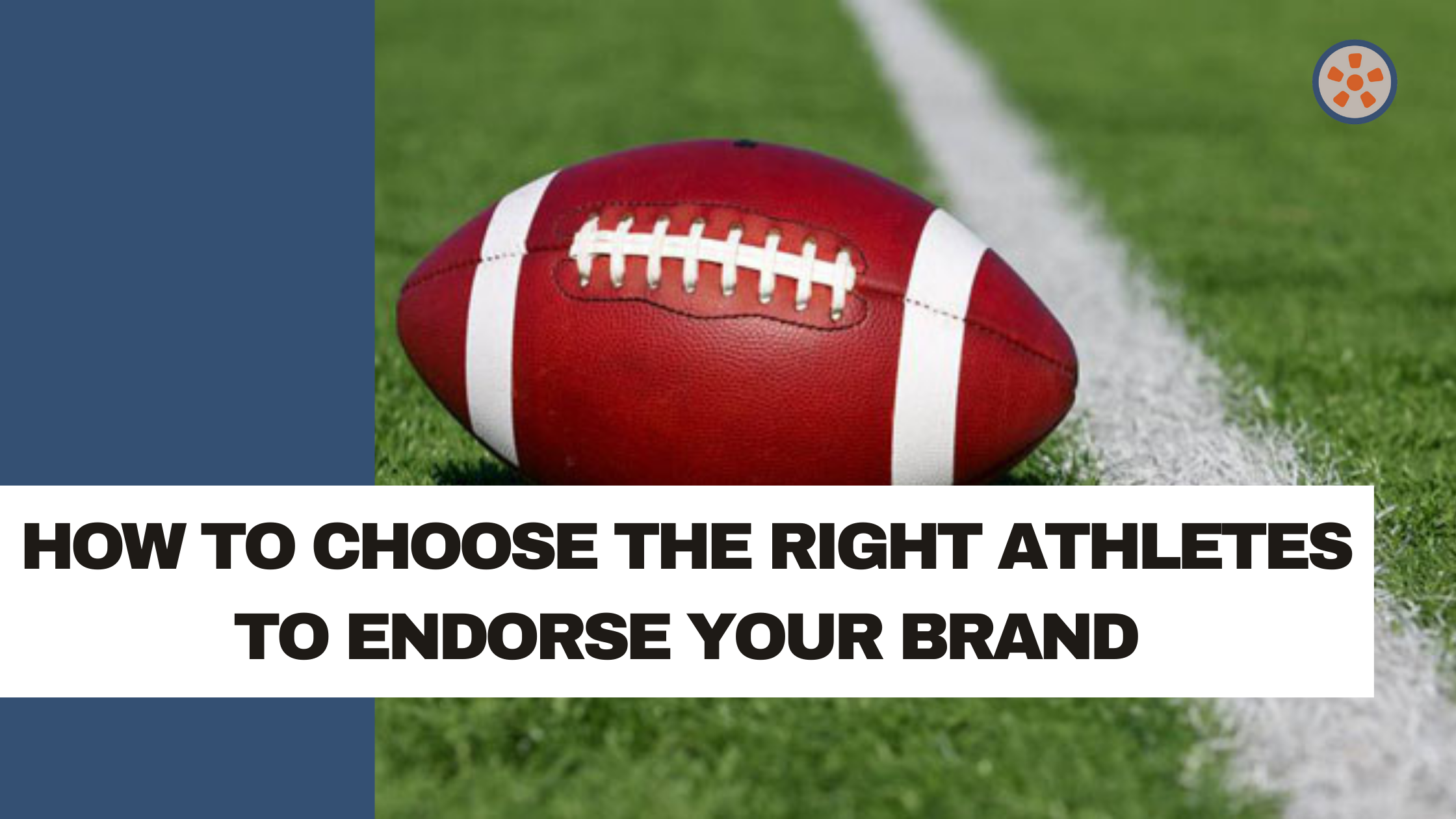 How to Choose the Right Athletes to Endorse Your Brand

The sports marketing landscape is changing rapidly, and with the NCAA’s passing of new Name, Image, and Likeness (NIL) rules, the once closed-off possibility of college athlete promotion is now a reality. Almost immediately after the ruling, NCAA athletes started cashing in by signing endorsement deals with brands from nearly every conceivable industry. Nick Saban even claimed in July that Alabama Quarterback Bryce Young was approaching $1 million dollars in NIL deals before ever starting a game at the collegiate level.

While brands rush to lock down endorsement deals from across the collegiate landscape, it is important to remember that not all athlete relationships are created equal. So, how can companies identify which stars best connect with their brand to maximize the benefits of a NIL or professional endorsement deal while minimizing risk?

By keeping a tight focus on these four main factors:

Just because you can pay a well-known player to endorse your product, doesn’t always mean you should. It is important to make sure a potential athlete partner believably uses or supports your brand. One of the clearest examples of this is Marshawn Lynch’s well-documented love of Skittles. The story goes that from a young age he would use the candy to settle his stomach before football games. So nobody questioned his authenticity when the running back joined forces with the rainbow-colored candy for a series of ads and products. Tom Brady pushing sandwiches he would never eat himself? Not so much.

Any potential brand ambassadors should have a high level of engagement with their audiences. This can become an issue when famous athletes amass large followings due to their success on the field, but don’t consistently engage with their audience in meaningful ways. This can lead to an account that seems strong on the surface but sees interaction flounder after posting. As a brand trying to maximize a NIL deal, this is something to be avoided at all times. A common red flag in this regard is a social account that is only used to link to content posted on another social media platform.

When comparing potential athlete partners, it makes sense that brands want to partner with the athlete that is going to reach the largest number of people. And while larger followings typically lead to greater impression numbers, bigger isn’t always better. For example, Cristiano Ronaldo has 391 million Instagram followers, the most of any person on the planet. If you sign a partnership with Cristiano, you’re paying a premium to reach all 391 million followers. Now it might be worth the cost if a brand believes their product appeals to the majority of Ronaldo’s following, but in reality, most brands are probably looking to target a small fraction of his audience. This brings us to our last factor to consider…

While reaching a large audience is great, it doesn’t help your brand to connect with consumers who aren’t in your target demographic. That’s why the relevance of the partner’s audience is arguably the most important factor on this list. Pretend that you are working with a brand in the fashion industry. Naturally, you’re going to want to partner with an athlete that is interested in fashion, and ideally, one who frequently posts pictures of their clothes, shoes, and pregame outfits. If you’re a brand in the gaming industry, it makes sense that you would partner with an athlete that frequently streams their gaming sessions on Twitch and has a large portion of their audience comprised of other gamers. The relevance of an athlete’s audience will determine if your message resonates with consumers or if it misses the mark completely.

The passing of new NIL regulations has sparked an endorsement gold rush, but it is important for brands to take a step back and ensure they are spending money in an effective and strategic manner. That is why each of the four factors listed above should be taken into consideration before signing a long-term partnership with an athlete. When brands properly utilize athlete endorsements, the relationships can be a win-win for all parties.