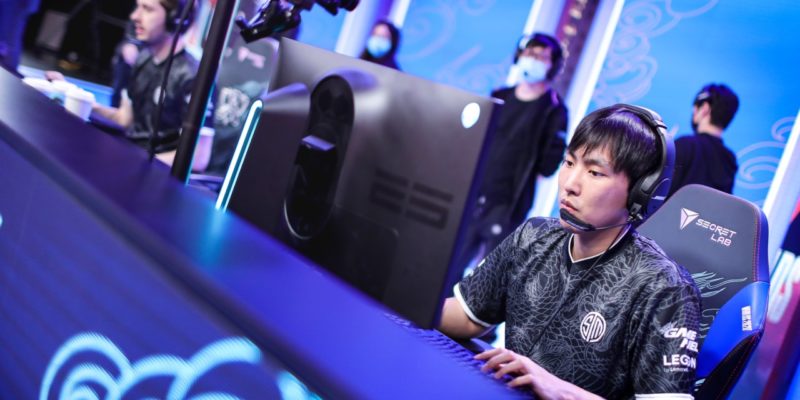 Held each year, the League of Legends World Championship, better known as Worlds, is the pinnacle of esports competition. Teams from twelve different regions compete over the course of the year for an opportunity to represent their region, and a chance to hoist the Summoner’s Cup. This year, Worlds has taken place in a bubble system in Shanghai, and even plans to have an audience for its finals at Pudong Soccer Stadium, which seats over 33,000 attendants.

However, in recent years, North America has struggled to make a dent at Worlds. Cloud 9 is the only NA esports team to make it to the top eight since 2014. In both 2019 and 2020, no North American team made it out of the group stage, failing to qualify as a top eight team. This year, TSM, the top team of the LCS, failed to win a single game at Worlds. Frustrated by their region’s inability to perform, LCS fans have clamored for players and coaches to be fired, and for esports teams to be restructured. Fans blame North America’s talent pool and lack of infrastructure for its poor showings.

North America’s talent pool is smaller than any of the other major regions: China, Korea, and Europe. Though not an official representation of the sizes of player bases (this information is private), many look at the size of the ranked population for each major region to assess player base. Ranked, the competitive mode of League of Legends where players compete on a competitive ladder, serves as a proxy for how many gamers actively look to better their rank in League of Legends.

According to studies posted on Reddit through the use of OP.GG, an online platform that uses Riot’s official API, Korea has the largest ranked player base at roughly 3 million, compared to Europe’s 2.6 million and North America’s 1.6 million. Tracking Chinese data is quite difficult, but China itself supports fourteen different servers, suggesting populations much larger. Despite the US and Canada having a total population reaching 360 million, North America’s ranked population is significantly smaller than Korea’s. Due to this lack of natural born talent, teams have resorted to importing players from other regions. Of the fifteen players that represented the LCS at Worlds this year, only six were NA residents.

Importing is not inherently bad – Chinese teams have imported Korean players for years and have won multiple championships. However, this Korean talent is used more to augment Chinese talent than to replace it. New, native talent is constantly feeding into Chinese League of Legends. However, this is not true in the LCS. The annual “Rookie of the Year” award often only has one or two new players to choose from, despite there being fifty starting players competing in the LCS each year. Too much importing has led to a drought of NA native talent.

The lack of new NA talent is partly derived from the lack of amateur systems to support new talent on the path to pro. Riot’s regulations on who can run League of Legends tournaments prohibits most tournament organizers from hosting amateur tournaments. Small events, supplemented by prize pools, provide supplemental income and a platform for new talent to prove itself.

Riot has proven capable of creating supplemental leagues in other regions, most notably its European Masters league. These smaller European leagues filter into a larger, European circuit, which itself serves as a secondary league to the LEC, Europe’s top League of Legends competition. By creating seven smaller, country/region based leagues in Europe, European organizations are incentivized to create teams and foster new talent development.

North America has two systems to foster new talent growth – the Academy league and collegiate teams. The LCS requires all LCS teams to field an Academy roster, which competes in weekly matches and has its own playoffs, similar in structure to the LCS. However, these Academy rosters are more often used as a bench for older players – people worth keeping on the payroll but not worth playing in the LCS.

The Scouting Grounds, an annual competition hosted by Riot Games, takes the top twenty players from the online ladder and invites them to compete in a combine event. Players have the opportunity to work with LCS coaches and management, and LCS teams are awarded draft picks. Though a step in the right direction, only five players were signed to positions of the twenty that participated in Scouting Grounds 2019, all of which were to Academy rosters.

Collegiate League of Legends proves a more interesting opportunity for talent development. Collegiate esports has exploded in recent years – reaching $15 million in scholarships in 2018. College esports programs have their own coaches and managers, and can help serve as a facilitator between amateur and professional play. As of now, only a few players have gone from a collegiate program to LCS Academy rosters – none yet have made it to the LCS. By establishing more formal relationships between top esports universities and esports organizations, there can be an LCS feeder system, much like what is seen now in traditional sports.

What’s Next for North American League of Legends?

Although this year has been a disappointment for North American League of Legends fans, all hope is not lost. With proper support, NA is capable of producing quality players. Rookies “Tactical” and “Spica”, members of Team Liquid and TSM respectively, both received praise for their performances at Worlds this year. Despite this being their first year of play at the highest level, both players kept level heads and made big plays in clutch moments at Worlds.