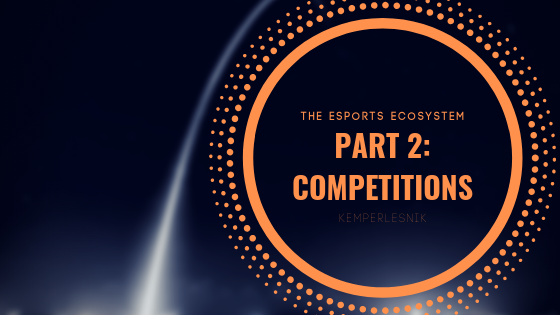 This article is the second in a series designed to educate on the many parts of the esports ecosystem. This article will cover the esports competitions that fans watch. For the first article, covering esports platforms, click here. 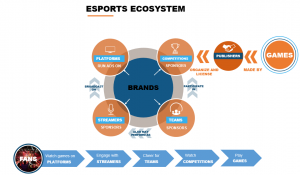 The first World Championship for League of Legends was held at Dreamhack Summer 2011, as one of many featured competitions,  garnering over one million viewers. Comparably, the 2018 League World Championship Finals saw competition duke it out at the Incheon Munhak Stadium in Incheon, Korea, which has been the host for World Cup matches and the Asian Games. Viewership for the 2018 League Finals exceeded 99 million fans globally. 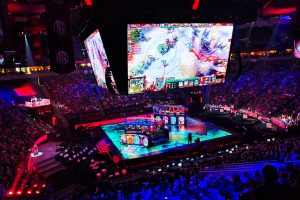 Competition is at the heart of esports, just as it is for any other sport. What started off as a grassroots community has evolved into an event that fills out the largest stadiums in the world. There are franchised leagues, massive prize pools and a voracious audience to match. This article will go into detail on franchised leagues, competitive circuits and smaller scale competitions, to determine which sort of investment will achieve a brand’s goals.

In the United States, there are currently franchised leagues for League of Legends, NBA 2K and Overwatch, with Call of Duty scheduled to join in 2020. Prior to franchising, many esports teams struggled to find talented players and secure sponsorships, since sponsors weren’t comfortable signing multi-year deals with a team whose talent may get poached next year. This meant that teams were unable to invest in developing talent, as there was a constant concern of getting relegated, resulting in recycling of players well past their prime.

Franchising provides security for teams and sponsors alike, with Riot Games (League of Legends) and Activision Blizzard (Overwatch, Call of Duty) creating the LCS, OWL and CDL for their games. Activision Blizzard has taken a step further, having each participating team also represent a city, such as the Dallas Fuel. In 2020, each team will host competitions in their home city, creating an opportunity for each team to connect more with their local fans, as opposed to all matches currently based out of Los Angeles.

Franchising has been criticized for preventing new teams from entering the space due to the high cost to buy into a franchise. However, this higher buy in serves to vet candidates looking to invest in esports, and provides more security for players, franchisees and their sponsors. This security comes at a premium cost for sponsors, given the stability that comes with it.

Most commonly seen in Dota 2 and CSGO, both developed by Valve, some game studios take a more offhand approach with their esports competitions. Valve lets multiple tournament organizers, such as ESL and FACEIT, host tournaments with varying prize pools. Valve then helps determine the magnitude of each event, such as determining whether it is a Major or Minor, and how it will play into the global competitive circuit.

Some like this approach as it provides tournament organizers with more opportunities to create competitions, and therefore more opportunity for teams, players and sponsors to get involved in more events. This is particularly common in CSGO, where there may be large tournaments in consecutive weekends for teams to play and earn money. Often times, these tournaments have online qualifiers that will seed into an offline event.

Such freedom is not without its challenges, though. Constant tournaments can lead to player exhaustion. Astralis, a Danish team considered one of the best in the world, started to find more success when they didn’t go to each tournament, preferring instead to be more selective with the events they chose to attend.

A common complaint, particularly in Dota 2, is that there is a great deal of money for those at the top (the prize pool for the 2019 International exceeded $34 million). However, with no guaranteed minimums for teams (such as in a franchised league), there is concern that it’s difficult for new teams to get involved

With such high investment costs to get involved with franchised leagues and competitive circuits, there is a growing interest in grassroots esports competitions, including at the collegiate and high school level. Such competition offers a more authentic experience at a lower cost, though rarely sees large viewership on platforms like Twitch. High school and collegiate esports competitions are not on the level of traditional sports, meaning an activation in the space must be focused on the in-person brand connection as opposed to online fans.

Investing in the collegiate and high school space offers the ability to connect with a hyperlocal area, such as sponsoring a Chicago collegiate tournament, or a Midwest high school match. However, lower costs and more targeting demands a much more hands-on approach. To ensure everything goes smoothly, presence at the event itself is usually required, to make sure all branding and products are handled properly. As it is meant to be a localized approach, connecting with the audience on-site provides the opportunity to build a relationship with collegiate esports fans.

To invest in esports competitions, a brand must first evaluate their goals within esports. Sponsoring a franchised league or team comes with high costs, but the most security and the potential to be perceived as a foundational partner for esports. Competitive circuits offer more flexibility, but can also be inconsistent. Grassroots competitions have the highest potential for brands, but also require the most attention, requiring an expertise in not only esports, but in event management and brand activation. Ultimately, it is up to the sponsors and fans to determine what type of competitions will be the most sustainable within each esport.