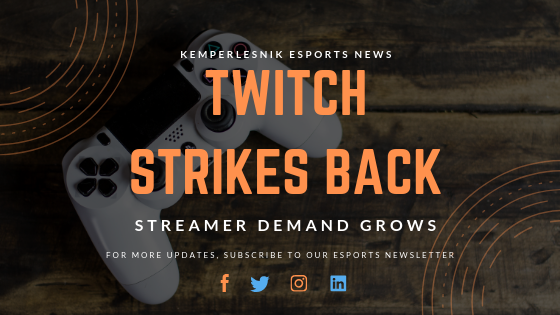 Last week, it was announced that Twitch had signed popular Fortnite streamer Nicholas “Nic Eh 30” Amyoony, and that he would start streaming exclusively on Twitch starting September 1. Amyoony, who has 4.2 million subscribers on YouTube, will still upload stream highlights to YouTube, but will now stream gameplay only on Twitch. This comes just weeks after Ninja, perhaps the most famous name in all of gaming, announced he was leaving Twitch to stream exclusively on Mixer, Microsoft’s streaming service competing against Amazon’s Twitch. 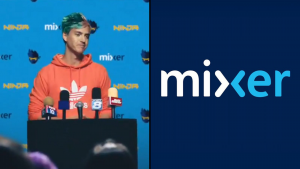 Ninja is also sponsored by Adidas

Twitch, a longstanding streaming platform for people to watch gamers broadcast their play, has long run unopposed as the top streaming service. Mixer’s signing of Ninja and Twitch taking a swipe at YouTube, goes to show that the competition for live streaming is only getting started. Both Twitch and Mixer offered incentives for fans to join their favorite streamers in jumping ship. Twitch offered loyalty badges to those that had a channel membership to Amyoony and Mixer offered three months of membership to anyone that joined Ninja on their platform. Just five days after joining Mixer, Ninja already had 1 million subscribers on the Microsoft-backed platform.

Similar to the content exclusivity wars between Netflix, Hulu and other video streaming services, a new battle has begun between popular video game streaming platforms to have the top content, in this case in the form of streamers and casters. Both Twitch and Netflix can be seen as first movers in the space, proving that there’s a market for the streaming of gaming content, movies and TV shows. Now that market demand has been established, more competitors are entering the space. While Twitch showed 25% growth in viewership between 2017 and 2018, Netflix saw a drop in American subscribers in Q2 2019, suggesting that competition is starting to heat up. YouTube Gaming saw its streamer base grow by 343% in 2017, Twitch by 197%, according to TechCrunch. 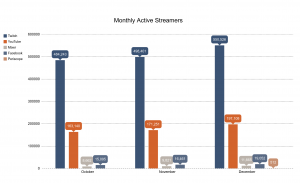 The next step for these platforms will be to further vertically integrate with their parent companies and take advantage of all assets they have access to. Amazon Prime members could automatically get Twitch Prime, for example, and Ninja streamed a first access look at Gears of War 5, set to release exclusively for Windows and XBOX on September 6th. When Google Stadia releases in November, there will likely be integrations with YouTube for content creators.

As competition grows, so too does opportunity for brands and sponsors interested in investing in esports and gaming. There are now more choices for brands to sponsor, lowering the price and making gaming and streaming a better investment to get brands in front of a hard to reach and highly engaged demographic. Having said that, more variety also makes it harder for a potential sponsor to identify who the right partner is when entering the space. To keep an edge, brands will have to stay vigilant and on top of an ever changing space, to ensure that they reach a valuable audience authentically.